Suicidology is the scientific study of suicidal behaviour, causes, and suicide prevention. Suicidology covers many different fields and disciplines, the two most important of which are psychology and sociology. Every year, approximately one million people commit suicide, resulting in a mortality rate of sixteen per 100,000 people, or one death every forty seconds. Suicide is largely preventable with the right actions, knowledge about suicide, and a shift in society's perception of suicide to make it more acceptable to discuss suicide.

•    Suicide is avoidable. Most suicidal people want to live; they just can't see any other way out of their predicament.
•    Most suicidal people give clear indications of their suicidal intent, but others are either unaware of the significance of these warnings or are unsure how to respond to them.
•    Suicidal thoughts are not triggered by discussing suicide.
•    Suicide occurs at all ages, socioeconomic levels, races, and ethnicities.
•    Suicidal behaviour is complex and is not a reaction to a single problem that a person is dealing with. Some risk factors differ according to age, gender, or ethnic group, and they may occur in combination or change over time.
•    Suicide is the tenth leading cause of death in the United States today. This translates to an annual suicide rate of approximately 14 per 100,000 people.
•    Suicide rates decreased from 12.5 to 10.4 per 100,000 people between 1990 and 2000. However, over the last decade, the rate has risen once more. Every day, approximately 121 Americans commit suicide, or one person commits suicide every 12 minutes. (CDC)
•    In 2015, there were 1,104,825 suicide attempts in the United States. Every 31 seconds, approximately one person attempts suicide.
•    It is estimated that elderly adults have a suicide rate that is nearly 50% higher than the national average (all ages).
•    Suicide is now the second leading cause of death for youth (15-24 years old) in the United States.
•    80% of students who commit suicide never seek help from mental health professionals.
•    Suicidal thoughts are more common in women than in men.
Suicide prevention refers to all efforts made to reduce the risk of suicide. These efforts can take place on an individual, relationship, community, or societal level. Suicide is frequently avoidable.

Methods other than direct interventions to suicidal attempt may include:

•    Treatment of mental illness
•    Reducing risk factors for suicide, such as poverty and social vulnerability
•    Providing people with hope for a better life after their current problems are resolved;
•    Measures in medicine, mental health, and public health are among the general efforts. 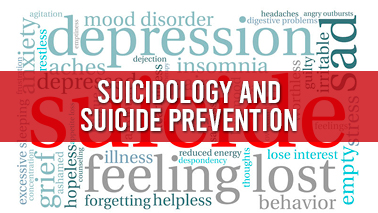