Neuroimaging, is defined as using various techniques to image the structure, function, or pharmacology of the nervous system. It is a relatively new field of study within medicine, neuroscience, and psychology. Neuroradiologists are physicians who specialise in the performance and interpretation of neuroimaging in the clinical setting. Neuroimaging is classified into two broad categories:

•    Structural imaging is concerned with the structure of the nervous system as well as the diagnosis
•    Functional imaging is used to diagnose metabolic diseases and lesions on a finer scale (for example, Alzheimer's disease), as well as for neurological and cognitive psychology research and the development of brain-computer interfaces.

Neuroimaging is performed after a neurological examination in which a physician has discovered a reason to further investigate a patient who has or may have a neurological disorder.

fMRI is non-invasive compared to other imaging methods, fMRI is commonly classified as having a low-to-moderate risk. fMRI produces its imaging by using blood oxygenation level dependent (BOLD)-contrast. Because BOLD-contrast is a naturally occurring process in the body, fMRI is frequently preferred over imaging methods that use radioactive markers to produce comparable imaging results.

A CT scan can be performed in less than a second and provide clinicians with immediate results.
CT scans can expose patients to radiation levels that are 100-500 times higher than traditional x-rays, with higher radiation doses resulting in higher resolution imaging.

MEG and EEG have high temporal resolution, allowing them to measure brain activity down to the millisecond. MEG and EEG do not require the patient to be exposed to radiation. To measure brain activity, EEG electrodes detect electrical signals produced by neurons, whereas MEG measures activity by measuring oscillations in the magnetic field produced by these electrical currents. 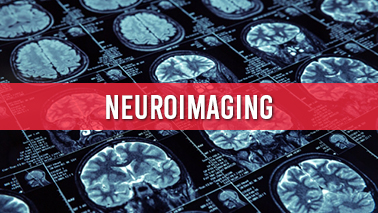