Psychopharmacology is a field, which analyses the impact of different drugs on the mental health of patients. It considers how different compounds alter people’s behavior by changing the way that the person thinks or feels. Some of the conditions that these medicines are used to treat include depression, psychosis and anxiety.

A psychopharmacologist is a specialist who can advise on which drugs will have the best effect on a patient with a specific mental health problem. They have a good understanding of how medicine works and what clinical results to expect.

A psychopharmacologist will need a thorough understanding of the drug's pharmacokinetics and pharmacodynamics (the movement of the drug inside the body).

The neurotransmitters in the brain are affected by the medications used in psychopharmacology.

In psychotropic drugs, the following neurotransmitters are affected:

Hormones are a mechanism by which medications affect cell communication. The hormones travel far before reaching target cells in the body, whereas neurotransmitters travel a small distance. Because

1) drugs can alter the secretion of many hormones
2) hormones can alter behavioural responses to drugs
3) hormones themselves have psychoactive properties
4) the secretion of some hormones, especially those dependent on the pituitary gland, is controlled by neurotransmitter systems in the brain, the endocrine system is a critical focus of psychopharmacology

Alcohol, antidepressants, antipsychotics, benzodiazepines, hallucinogens, hypnotics, cannabis and the cannabinoids, opioids, and stimulants.
Researchers in psychopharmacology are interested in any substance that crosses the blood–brain barrier and affects behaviour, mood, or cognition. 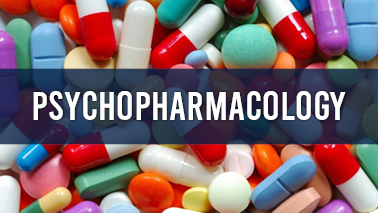