Personality disorders are a group of mental health disorders defined by inflexible and harmful thinking, emotion, and acting habits. The expectations of the culture in which someone lives are frequently at odds with these inner sensations and behaviours.

Personality disorders have no recognised cause. They are thought to be triggered by genetic and environmental factors, the most notable of which is childhood trauma.

Personality problems usually appear in adolescence or early adulthood. The symptoms of personality disorders differ based on the type. Talk therapy and medication are commonly used in treatment.

Cluster B: Emotional and Impulsive

For a diagnosis of a personality disorder, certain criteria must be met.
To determine the type of personality problem, a primary care or mental health professional will ask you questions based on these criteria.

Treatment for personality disorders varies based on the nature and intensity of the disorder. Psychotherapy and drugs may be used.

Psychotherapy, often known as talk therapy, can aid in the treatment of personality problems. You and your therapist can talk about your condition, as well as your feelings and thoughts, during psychotherapy. This might help you understand how to deal with symptoms and habits that are interfering with your daily life.

Cognitive behavioural therapy teaches people how to overcome negative thought habits so they can cope better with daily obstacles.

•    Mood stabilisers, which prevent mood swings and reduce irritability and aggression.
•    Antidepressants, which can help improve a depressed mood, anger, or impulsivity.
•    Antipsychotic drugs, also known as neuroleptics, may be helpful for those who regularly lose touch with reality.
•    Anti-anxiety medications, which can assist with anxiety, restlessness, and insomnia. 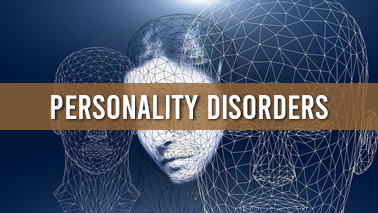